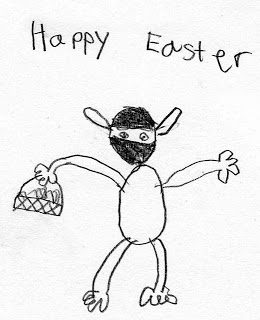 Here’s some 9-year-old-boy Easter silliness for you…

Pictured above, “Ninja-Monkey-Easter-Bunny”, by Eamon .

For more Easter silliness, here is a poem I wrote about our family. It would actually be more apt to describe the poem as the climax to the current topic of our “Word of the Week” series, which is a ridiculous imagined circus put on by family members.

What is “Word of the Week”? Well, since you are a captive audience, I’ll tell you… As a home schooling mom, I’ve noticed that, due to texting and emails replacing much traditional writing, our vocabulary is severely underutilized. We expect kids to know there words for SATs and other standardized tests, but pay them no attention in our everyday lives. “Word of the Week” is my feeble attempt to make words more interesting to my children. It is easy and it works!

For all you moms and dads out there who are interested, here is how I go about it:
I subscribe to a “word of the day” service that provides me with an interesting vocabulary word each day, complete with a definition and example sentence. I use Merriam-Webster for this, but there are many different options out there. Each week I pick an particularly interesting word and modify the example sentence so that the subject matter involves my kids and the things that interest them. (The poem was just an extra addition.) I email them the result. These serial emails obviously have none of the markings of good literature and all the corniness of a soap opera, but I digress.

Before I post the poem, let me give you some background.

Setting: An imaginary town that we all live in.

Characters:
Caitrin
True-self – our 11-year-old ballet-obsessed daughter with the organizational powers of Dwight D. Eisenhower himself; she will organize anything and everything she comes across
Alter-Ego – police officer and circus producer
Eamon
True-self – our 9 year-old-son; the family extravert whose current obsessions include: ninja monkeys, legos, Batman, Star Wars, and the electronic thesaurus
Alter-Ego – Town donut baker and ringmaster; also keeps the Batman villains who flit in and out of the story in check
Me
True-self – mom of Eamon and Caitrin, teacher, designer, artist, and quilter
Alter-Ego – costume designer/seamstress for the circus
Dad
True-self – father of Caitrin and Eamon, fixer of all things, gardener, reader of a lot of economics-related information that I don’t understand
Alter-Ego – ticket seller at the circus
Lolly
True-self – my mom; a big cheerleader of my designs and energetic grandmother to Caitrin and Eamon
Alter-Ego – runs “Lolly’s Lounge”, a neighborhood hangout that serves only tomato soup and bittersweet chocolate pie – her favorite foods; also has an act in the circus with…
Bailey
True-self AND Alter-Ego – my parents’ dog who is too smart for his own (or their) good
Pops
True-self – my dad; also a big supporter of ours and grandfather to Eamon and Caitrin
Alter-Ego – circus fire eater who enjoys hanging out in “Lolly’s Lounge”, Chief Donut Taster for Eamon’s donut store
Jason
True-self – my brilliant brother and computer programmer extraordinaire for Epic Games; he is a big fan of this saga and was really disappointed when it went from “Word of the Day” to “Word of the Week” – sorry J! He will appreciate this post.
Alter-Ego – a video-game enthusiast who frequently confuses reality with the fantasy settings of his video games; in an attempt to be a true “video-fashion-fugleman” he is currently dressed like Mario of Mario Cart; he and his friend Dude (see below) have their own “Strong Men Act” in the circus
Vicky
True-self – Jason’s wife and my sister-in-law; a great athlete and artist who designs cards for Recycled Paper; in real life she took Caitrin to trapeze school one afternoon!
Alter-Ego – a trapeze flying dynamo who does all sort of tricks up in the air with her son Ollie and his cousin Caitrin
Ollie
True-self – Caitrin’s and Eamon’s almost one-year-old cousin who enjoys waving, attempting to walk, and playing with his dog’s waterbowl ; this kid has great hair!
Alter-Ego – human cannonball extraordinaire and mascot for our circus
Dude
True-self – Some stranger who Lolly once shocked when she slammed down his hood at a gas station in North Carolina when she mistook his car for her own
Alter-Ego – Jason’s best friend; also a “video fashion fugleman”, he is currently dressed like Luigi of Mario Cart
Harley Quinn
True-self – Eamon’s favorite Batman villainess
Alter-Ego – a pest whose misbehavior keeps us all busy; she fantasizes about taking over Pops’ job as Chief Donut taster

To give you a peek into this demented fantasy world of ours, here is “The Circus: A Grand Finale”
(Definitions follow below.)
To be sung to the tune of “The daring young man on the flying trapeze.”

The arena is open, the inane is now packed,
Our circus is illustrious and that is fact,
Eamon magniloquently broadcasts the parade,
And our congeners stampede on in…

Reprobate Harley tootles around in her coupe.
Dude and Jason follow her in a big loop-de-loop.
Ollie ambulates as he holds Vicky’s hand,
And he takes a few steps on his own…

Pops scooters down the aisle balancing donuts on his head.
Bailey and Lolly supine and “play dead”.
They jump through hula hoops that Mom elevates,
While Dad blithesomely tallies proceeds…

No one would guess things have been haywire.
Pops pops donuts into his mouth and breaths out fire.
Bailey chucks a stick that Lolly retrieves,
And the fugleman show off their “guns”.

Ollie blasts out of the cannon – he’s our live petard!
Eamon catches him – yes, that really was hard.
But there is no time to dally – our baker has to patrol
That vexing villian car!

The brougham swerves through – it really is fast.
The knaves rush out – they are autonomous at last!
Our Eamon rounds them all up with his trusty lasso.
Martinet Cait promulgates their Miranda rights.

Ollie floats through the air with the greatest of ease,
Midst Caitrin and Vicky on the flying trapeze,
His flailing arms are waving, his hair – it doth please.
While Pops marches the miscreants away.

Caitrin’s esemplastic powers produced a success
Mom’s costumes transmogrify our stars – that we must confess.
Eamon’s Panglossian announcements enhanced the effects .
Our troupers retire to the Lounge to CHILL-AX!

Definitions:
inane – a great, empty space; also, this is another word for ridiculous
illustrious – renown; highly distinguished
magniloquently – expressed in a lofty or grandiose style
congeners – a person or a thing belonging to the same kind/class as another, in this case a member of a family
reprobate – a depraved, wicked person
tootles – to move or proceed in a leisurely way
coupe – a little two-door car
ambulates – walks (remember the Latin verb “ambulare”?)
elevates – to hold up
supine – lying on back, afce upward
blithesomely – happily
tallies – counts
proceeds – profits
haywire – chaotic
chucks – toss or throw
fugleman – a person that heads a group, company, or political party
“guns” – slang for muscles
petard – a firework that explodes loudly
dally – to take one’s time
vexing -irritating
brougham – a four-wheeled, boxlike, closed carriage for two or four persons, having the driver’s perch outside
knaves – villains
autonomous – free
martinet -a strict disciplinarian
promulgates – to make known by open declaration
Miranda rights – the rights of which an arresting officer must advise the person being arrested
midst – between
flailing – to wave wildly
miscreants – – villains
esemplastic – having the ability to shape diverse elements or concepts into a unified whole
transmogrify – to change or alter greatly and often with grotesque or humorous effect
Panglossian – characterized by or given to extreme optimism
troupers – actors; members of a touring company
CHILL-AX – Eamon and Dad’s word for “relax” 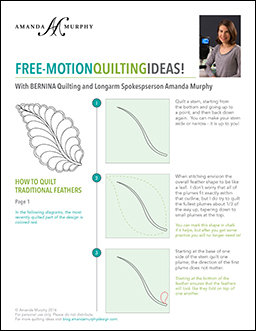 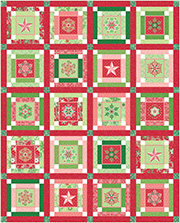 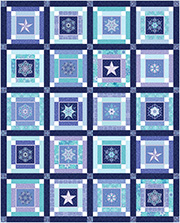